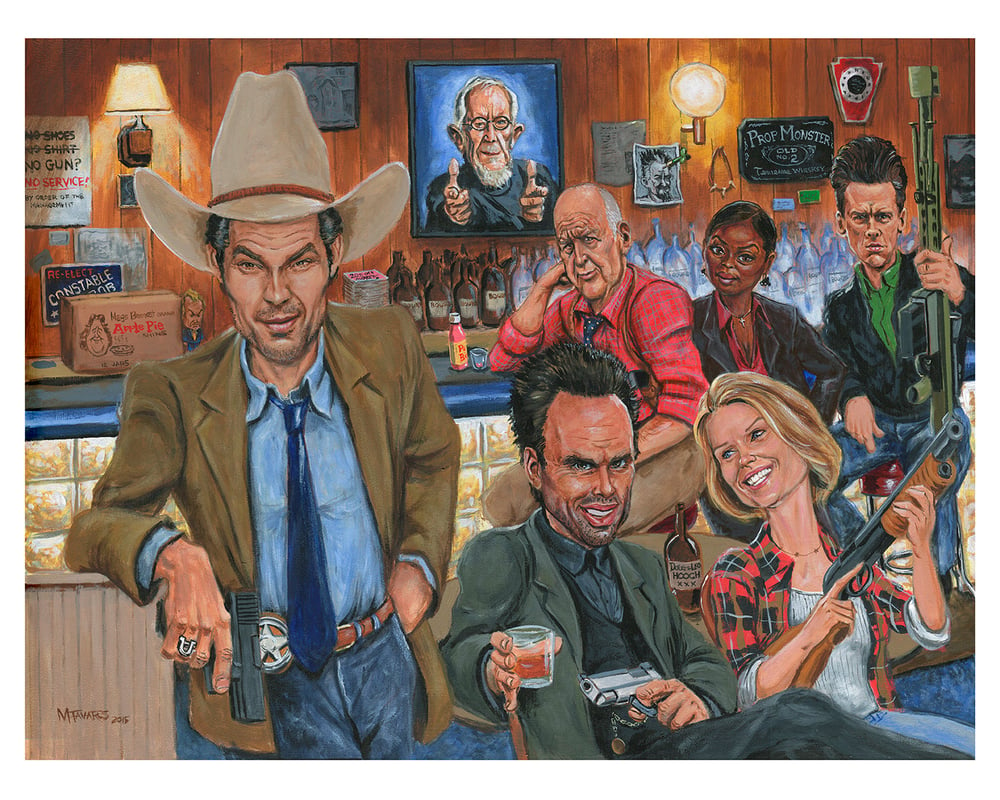 Being a huge fan of the FX television series "Justified", I was honored to be asked to create this MAD magazine style portrait of the main cast of the show hanging out in Boyd Crowder's bar. The image was reproduced as prints and given to the cast and crew at the series wrap party. While I could not get every important character from the show in the piece, I did include various "Easter Egg" references. Can you spot them?

I decided it was high time to bring this out of the archives for a limited edition, signed print run.